The Color-changing fountain lights illuminate the square to allow community events at night. 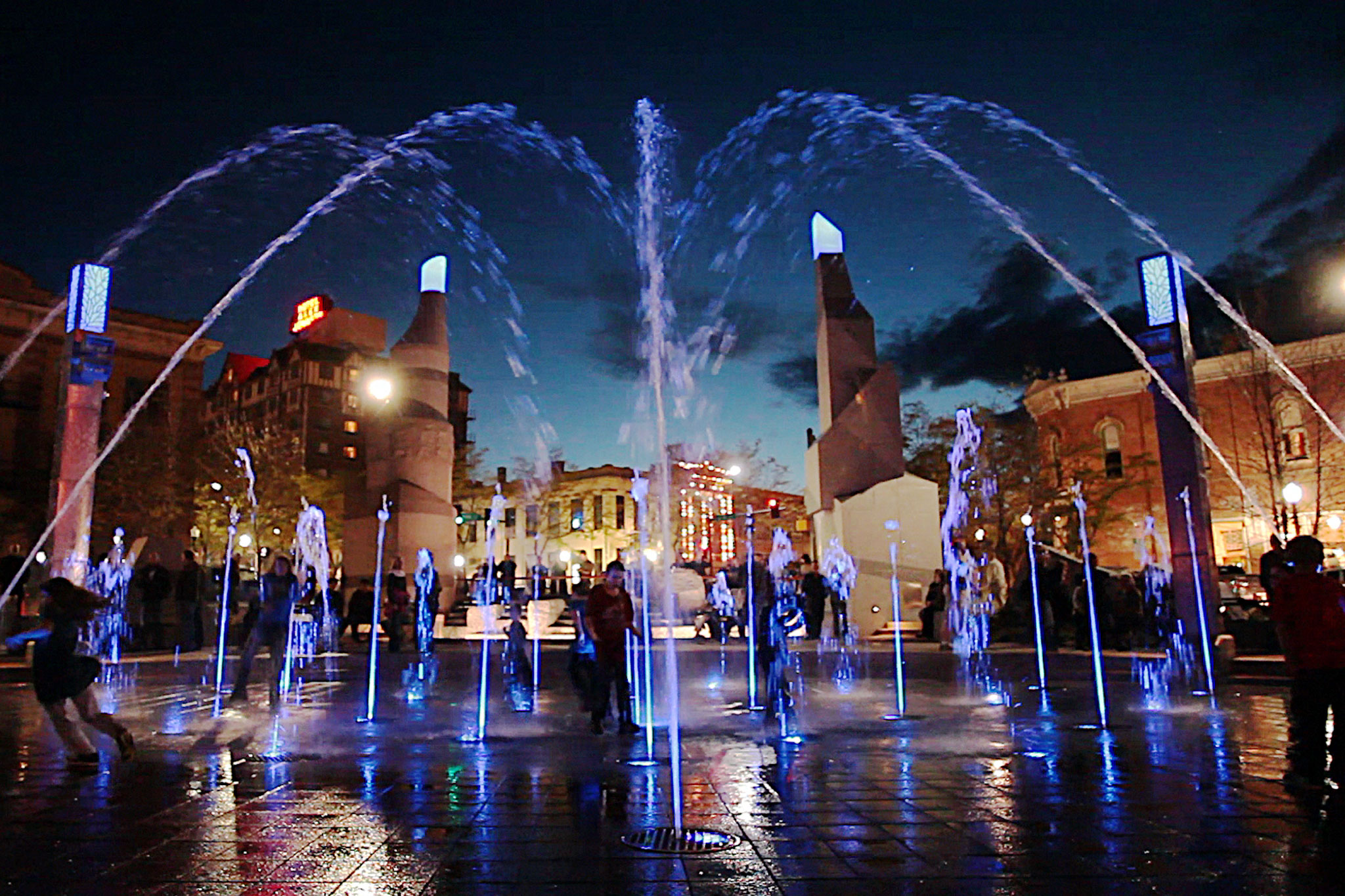 The fountain in Main Street Square is synchronized to a variety of music, light, and water shows draw crowds into the area. 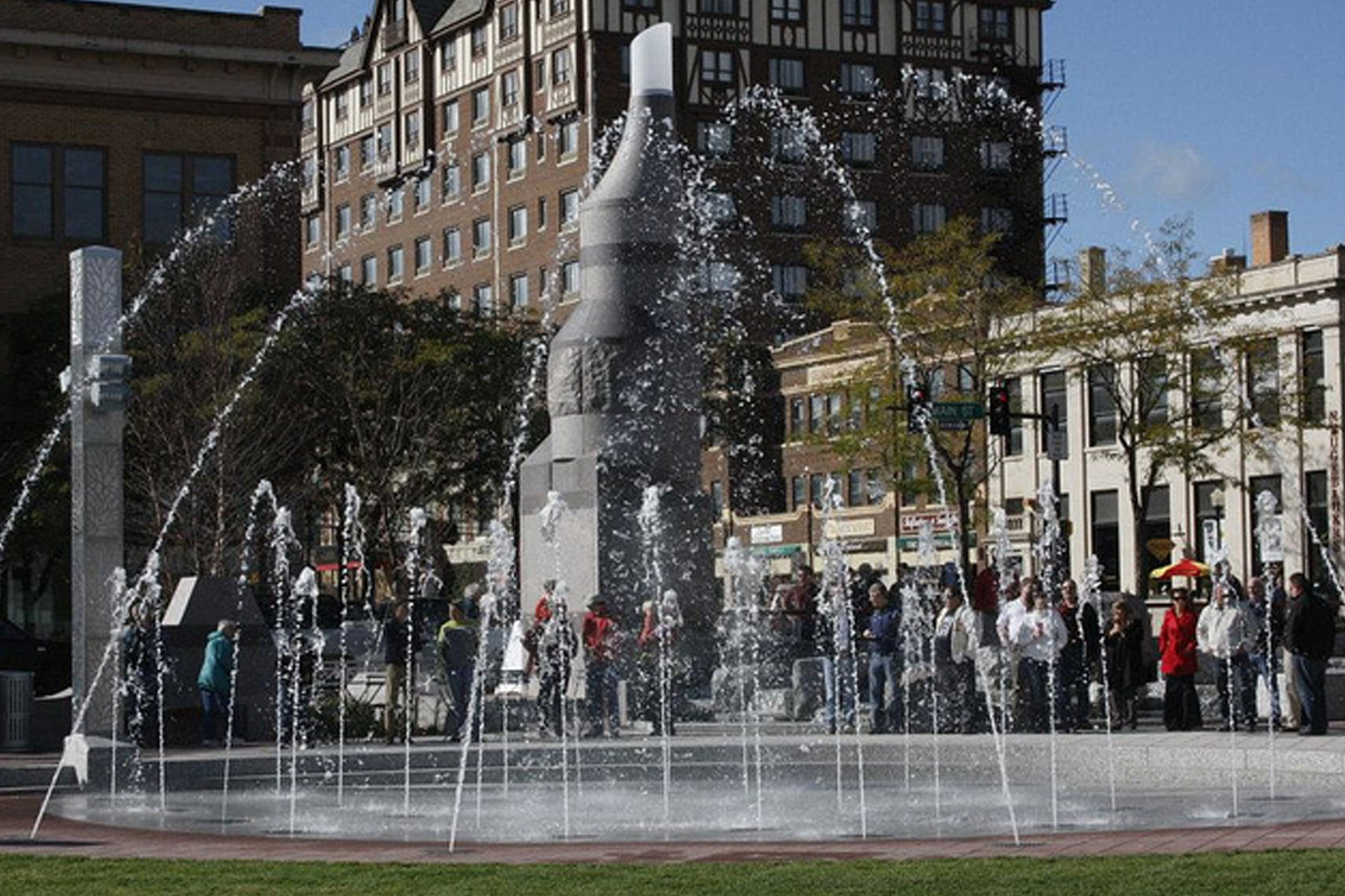 Every year the town transforms the interactive fountain into a full-service ice skating rink. 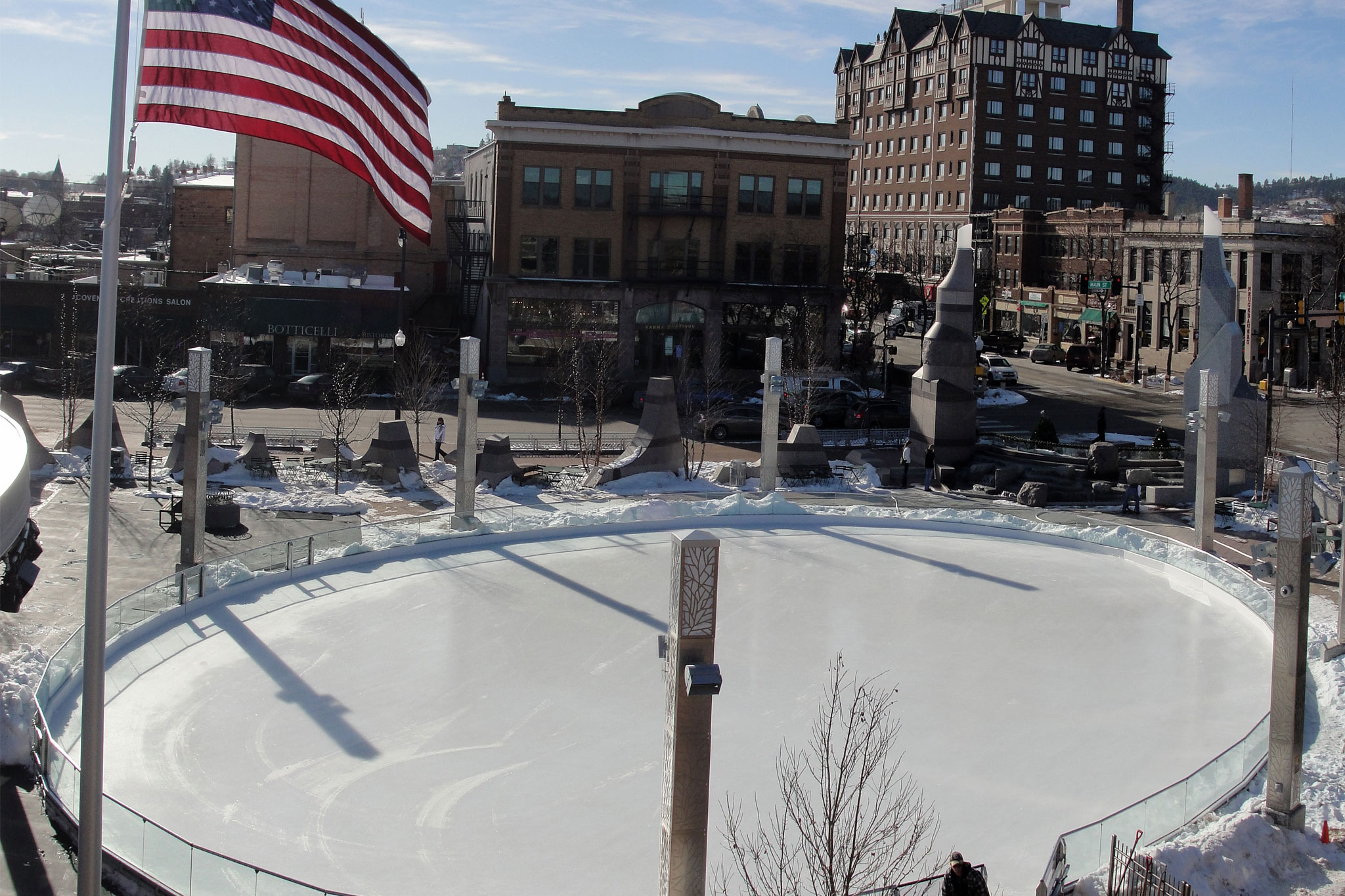 Two water features – an interactive fountain with lights and music, and a cascade waterfall and rain curtain -add life to the Main Street Square, a family-destination public space in downtown Rapid City. On the west side of the square, the waterfall and rain curtain, named after the state’s Roughlock Falls, create a soothing rush of water and sets the scene for public concerts, festivals, and art by Masayuki Nagase. Wet-dry white LED rope lighting outlines the lower perimeter edge to uplight the cascading water.

During the warmer months children cool off in the interactive fountain, water moves to the music on the hour, featuring songs like “All Shook Up” and “America the Beautiful.” Eleven songs, each with a daytime and nighttime show, can be queued up in any sequence.

When Winter strikes, the resourceful citizens of Rapid City transform the interactive water feature into an ice skating rink. Layer upon layer of solid ice replaces the drydeck by using Styrofoam, glycol matting, common garden hoses, and a board of glass dasher boards.

More Articles About This Fountain: 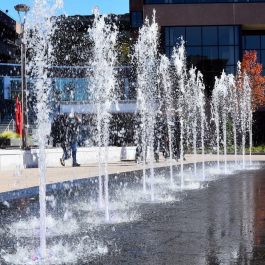 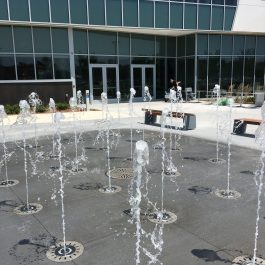 Fountain of the Fairs at Corona Park 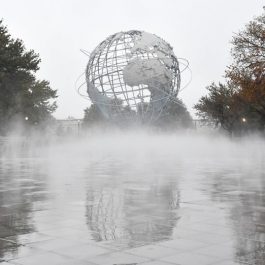