There’s a lot to be said about a community when you walk its streets- unless of course the only things you see are abandoned storefronts, tumbleweeds and unsolicited street art. West Palm Beach, Florida and Rapid City, South Dakota are excellent examples of municipalities that turned somewhat blighted urban areas into bustling, safe gathering spaces. In both cases, an interactive fountain was the centerpiece of the community redevelopment. Fast-forward a little and cue crowds of people, bands, businesses and life.

In West Palm Beach, the Town Square Fountain was the key to drawing in more than 80 new businesses, new culture and new housing – all at little cost to the city. The Town Square Fountain, also known as Centennial Fountain, was developed in the 1990’s as a response to the town’s mostly vacant storefronts in their downtown district. While planning a redevelopment of the area, the city and landscape architects new they had to build something powerful enough to draw patrons and shop owners into downtown and create a reason to stay – and so Centennial Fountain was born.

West Palm Beach initially used a bond to pay for the large, triangular fountain’s construction and subsequently created affordable housing nearby. When it was finished, they used the taxes collected from the new businesses and housing to pay back the bond and invest in the surrounding area. Twenty years later, the city still puts on weekly concerts and activities where vendors, musicians, and every-aged, fun-loving citizen goes to enjoy the festivities and splash around the city’s most popular landmark.

Rapid City took a completely different approach to turn their interactive fountain into a city asset. The Main Street Square fountain features more than 10 songs with choreographed water jets and color changing lights to attract and distract patrons and visitors. It sits in the middle of the Main Street Square where it runs during the summer months. To make this even more of a prime retail location, the city uses an outside stage to host festivals and live performances around the fountain to ensure patrons stop and explore the venues longer.

Rapid City doesn’t just hit pause when summer is over though, starting in October, city workers transform the interactive fountain into a winter ice rink. To achieve this metamorphosis, the fountain is shut off and covered with Styrofoam. Then the surrounding ring of grass is covered with glycol matting and bordered with glass dasher boards. A common garden hose is used to create layer upon layer of solid ice (courtesy of a portable refrigeration unit and mother nature). This one-stop winter attraction allows for a way to keep the shoppers returning to the surrounding district in the cold months and creates a new revenue stream for the city.

Although these are just two of many cities turning their water feature investments into community benefits, they set the precedent for a new way to look at interactive fountains and a new reason for cities to start creating a splash. 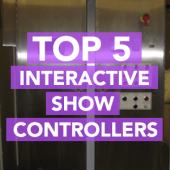 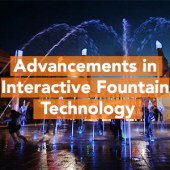 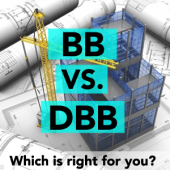